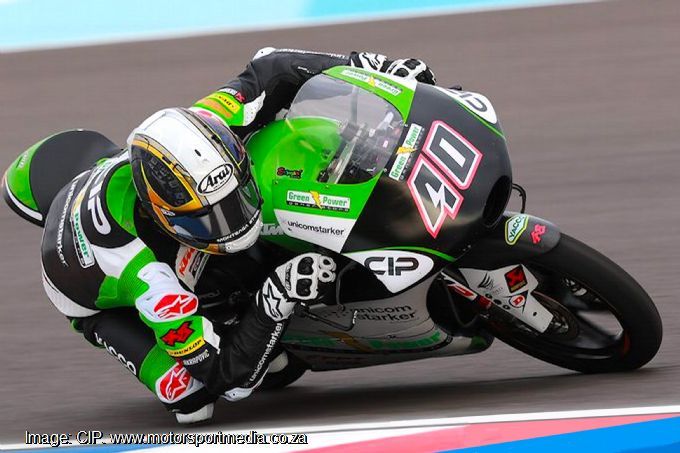 All your SA race weekend highlights home & away

South African motorsportsmen enjoyed another positive weekend home and away as international riders made the headline news, with Darryn Binder (KTM) delivering his best-ever Moto 3 result with a brilliant second in the Argentinean Grand Prix. Brother Brad meanwhile came home a fighting fifth on his Moto 2 Ajo KTM.

On four wheels, SA’s former Nurburgring 24 winner Kelvin van der Linde sharing his Audi R8 with Germans Christopher Mies and Markus Winkelhock ended seventh in the California 8 Hour Intercontinental GT Challenge round, but it was a race to forget for another South African, Jordan Pepper sharing with Brit Steven Kane and Frenchman Jules Gounon after their Bentley retired following a series of maladies.

The PE karting regional meanwhile turned into a bit of a mini national ahead of the real Rotax Max thing over Easter, as Benjamin Habig beat Michael Stephen two DD2 races to one with Jason Coetzee third in DD2 as they mixed it with shifter drivers including Kyle Mitchell and David Veringa.

This South African Motorsport Weekend Wrap is brought to you by www.motorsportmedia.co.za.

Issued on behalf of Motorsport Media