WE ARE READY FOR THE FIM AFRICA MOTOCROSS CHAMPIONSHIP, SAYS MAXIME 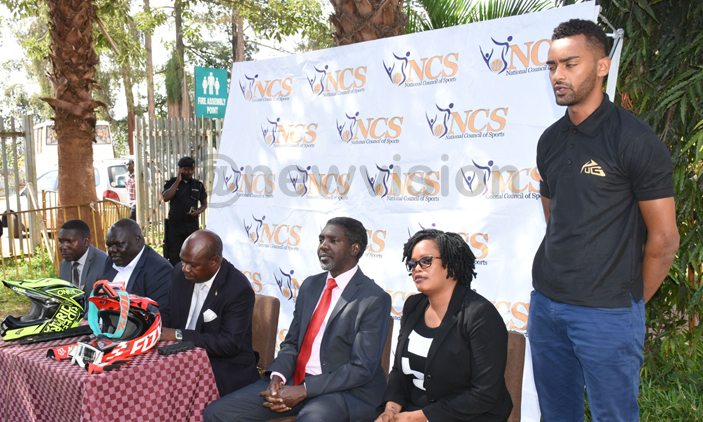 Sports minister, Charles Bakabulindi flagged off the team to Zambia on Tuesday.

National Motocross team captain Maxime Van Pee has said that his team is ready for any challenge in Zambia and he will battle for a podium finish.

Maxime disclosed this on Tuesday at the National Council of Sports (NCS) offices before sports minister Charles Bakabulindi flagged off the team to Zambia for the FIM Africa Motocross Championship.

“I as team captain, I extend my appreciation to you for the support. Last year, we finished fifth, but this year we have a strong 23-man squad and we are targeting a podium finish,” the Skipper said.

Meanwhile, the Federation of Motorsport Clubs of Uganda (FMU) will be able to take a bigger national notocross team to the regional and continental competitions next year.

This is after Sports Minister, Charles Bakabulindi directed the National Council of Sports to increase the team’s funding from sh10m to a bigger figure.

“I want to salute the parents who have motivated these young children by supporting them to promote their talents,” Bakabulindi said.

“We started from far with little support, now we have made sh10m and I want to direct the Council to increase the support from the sh10m next time,” Bakabulindi told Bosco Onyik the NCS Chairman.

He also urged parents to continue supporting the driverss and motivate others to join the sports so as to grow it.

Jimmy Akena, the Uganda Motocross Club president thanked government for the continued support and he appealed for support.