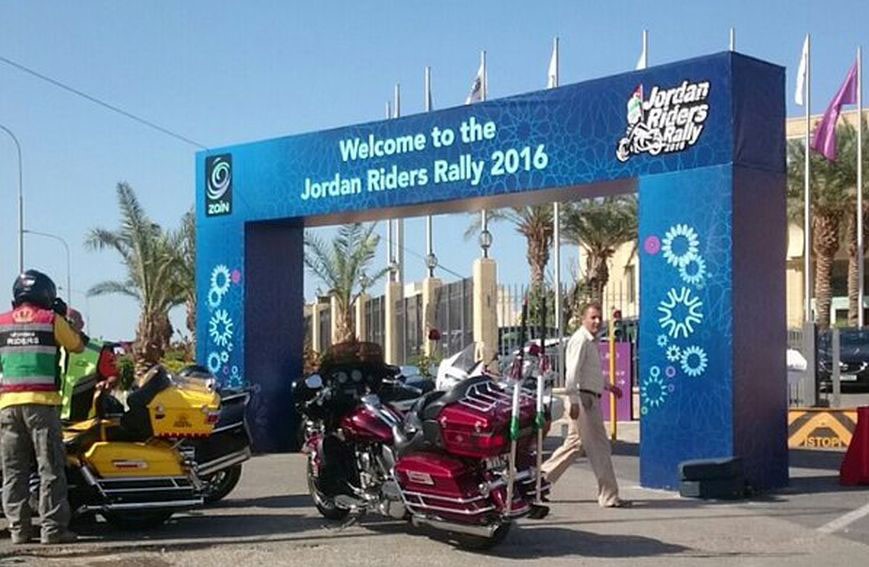 Residing under the patronage of His Royal Highness Prince Faisal bin Al Hussein and in partnership with the Royal Motorcycle Club of Jordan (RMCJ), participants from the Middle East and North Africa (MENA) joined the recent two-day event organised by the Jordan Riders Group. The occasion was a big success with a fifty percent increase in the number of international attendees (over three hundred riders from twenty-three countries) compared to 2015.

The participants enjoyed two different days of riding, covering around two hundred kilometres each day, with the first day route focused around central Jordan whilst the following day the route took in the northern area. Looking to promote tourism, the Jordan Riders Motorcycle Rally purposely choose a stunning location close to the Dead Sea for the event’s HQ and starting point, a region that is renowned as a spa destination and is situated at the lowest point on the planet.

Looking to promote Jordan as the regional capital for motorcycle tourism, the RMCJ recognises that not only does Jordan offer great hospitality, a buzzing capital city in Amman, and world-class attractions such as the UN World Heritage sites of Petra and Wadi Rum, but it also provides the perfect routes and landscape for motorcycle tourism. The USAID Building Economic Sustainability through Tourism Project (BEST) is supporting the RMCJ over the next year to implement a number of its initiatives in order that they can reach their goals. This will include the RMCJ working with its partners to launch a road safety awareness campaign to educate vehicle drivers on how to interact with motorcyclists on the streets of Jordan.

Mr Raja Gargour, Deputy Chairman of the RMCJ board stated: “The Royal Motorcycle Club of Jordan is seeking to promote Jordan as the motorcycle tourism capital of the region through a number of initiatives, the centrepiece of which is the Jordan Riders Rally. These activities have the potential to attract thousands of motorcycle enthusiasts all year round, and particularly from the MENA region due to the sports’ popularity, bringing their families and friends, and boosting tourism at the many destinations and attractions they will visit."

Damiano Zamana, FIM Director Touring & Leisure Commission concluded: “It was important for the FIM to attend such a well-organised event and to see how Touring motorcycling is active in the Middle-East. The Jordan Federation hosted a high-quality event and the FIM is delighted with its plans to expand motorcycle tourism in the region.”