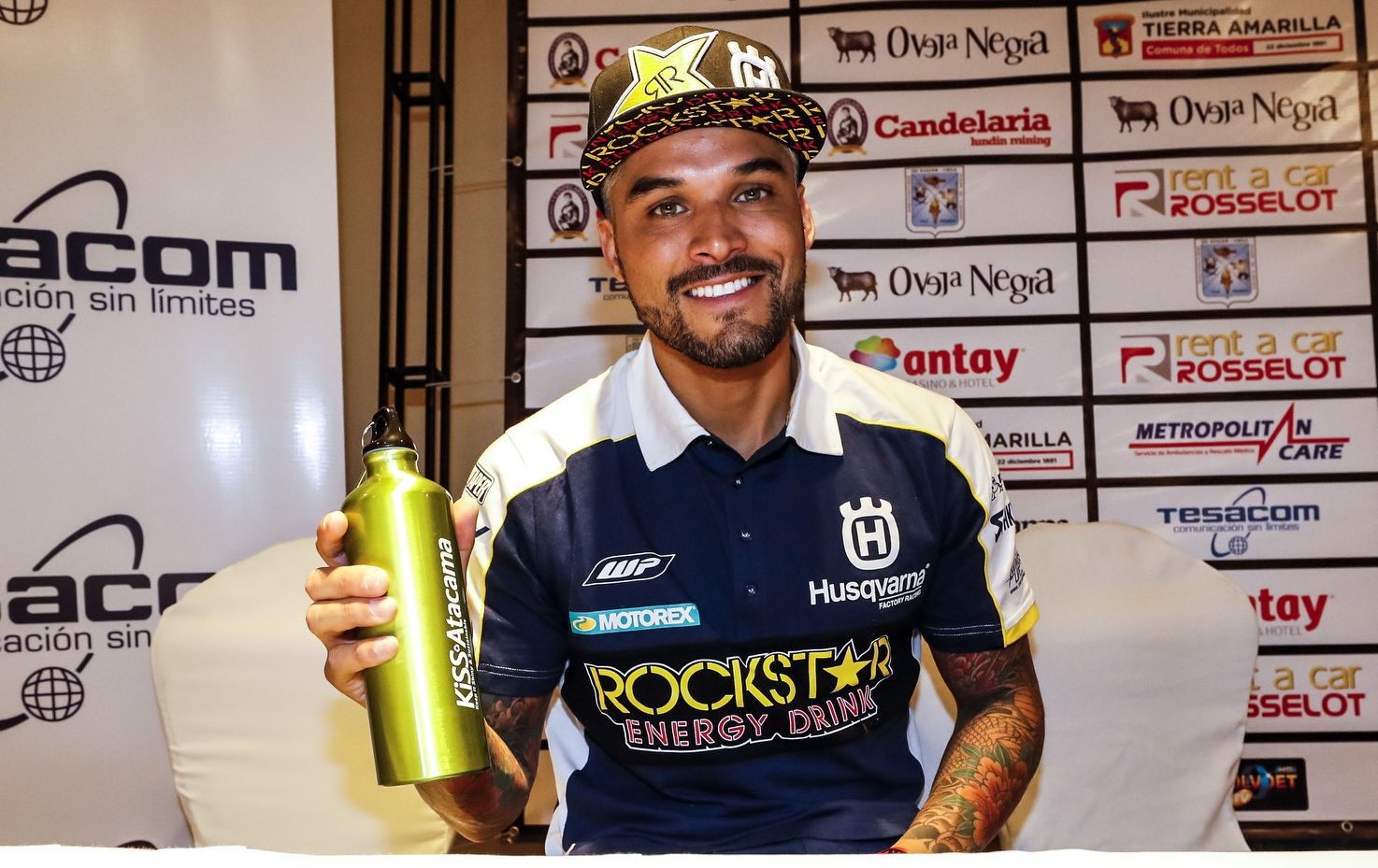 Two times FIM Cross Country Rallies World Champion Pablo Quintanilla is the latest rider to be inducted as an FIM Ride Green Ambassador and will join Takahisa Fujinami, Greg Hancock, Marc Márquez, Randy de Puniet, Alex Salvini and Laia Sanz in working for future generations by promoting a culture of sustainability in the day-to-day practice of sport and in everyday life.

Multi FIM MotoGP World Champion Marc Marquez was the first ambassador to be appointed when the programme began back in 2012. Since then further ambassadors have been added to the programme who represent different genders and cultures, motorcycling disciplines and geographical areas, this diverse team of top riders lend their voices to convey the FIM’s sustainability policy and help to safeguard the future of the sport.

Chilean born Quintanilla, who before switching disciplines in 2012 was a thirteen times national motocross champion has the worthy pedigree to join his peers in this important mission, that puts top athletes at the service of humanity and the future generations. Along with the other FIM Ride Green Ambassadors, Pablo has been invited by the FIM to be a leader and play a major role in the contribution made by our sport to a greener and more sustainable World.

A regular competitor in the Dakar and other rally events in more recent years, which are hosted in some of the most beautiful and natural locations on the planet, Quintanilla is fully aware of the importance of the campaign for sustainable sport, and such is ready to accept his mission as a FIM Ride Green Ambassador, which will include: Representing the FIM in environmental activities; Supporting the campaign through social media; Be the FIM Voice for the Ride Green Campaign.

Pablo recognises that the voices of the Ambassadors are a powerful force that can captivate millions of fans. Sport represents a very valuable vehicle for the promotion of attitudes that are simple to adopt but represent a major contribution to the crisis and to mitigating climate change.

Speaking about his new role Pablo Quintanilla explained: “I am very happy to have been appointed as an FIM Ride Green Ambassador. It is an honour for me to join this great team of riders who are committed to protecting the environment and respecting the natural landscape in which we compete."

“Our sport is beautiful and a big challenge at the same time. The motorcycle connects us to nature and allows us to realise just how important it is to preserve it around the World.

Katia Juarez, Director of the FIM International Sustainability Commission added her comment: “Today we are very proud to welcome Pablo Quintanilla to help us raise awareness in Latin America, a continent that is very active in motorcycling. After eight years working with the Ride Green Team across all disciplines and Continents we can confirm that greater awareness has been achieved in our community through the work done by these fantastic athletes. Thanks to Pablo’s popularity and motivation to help protect the nature, we can expect to see still more inspiration amongst our fans thanks to the messages conveyed by these exceptional riders.”