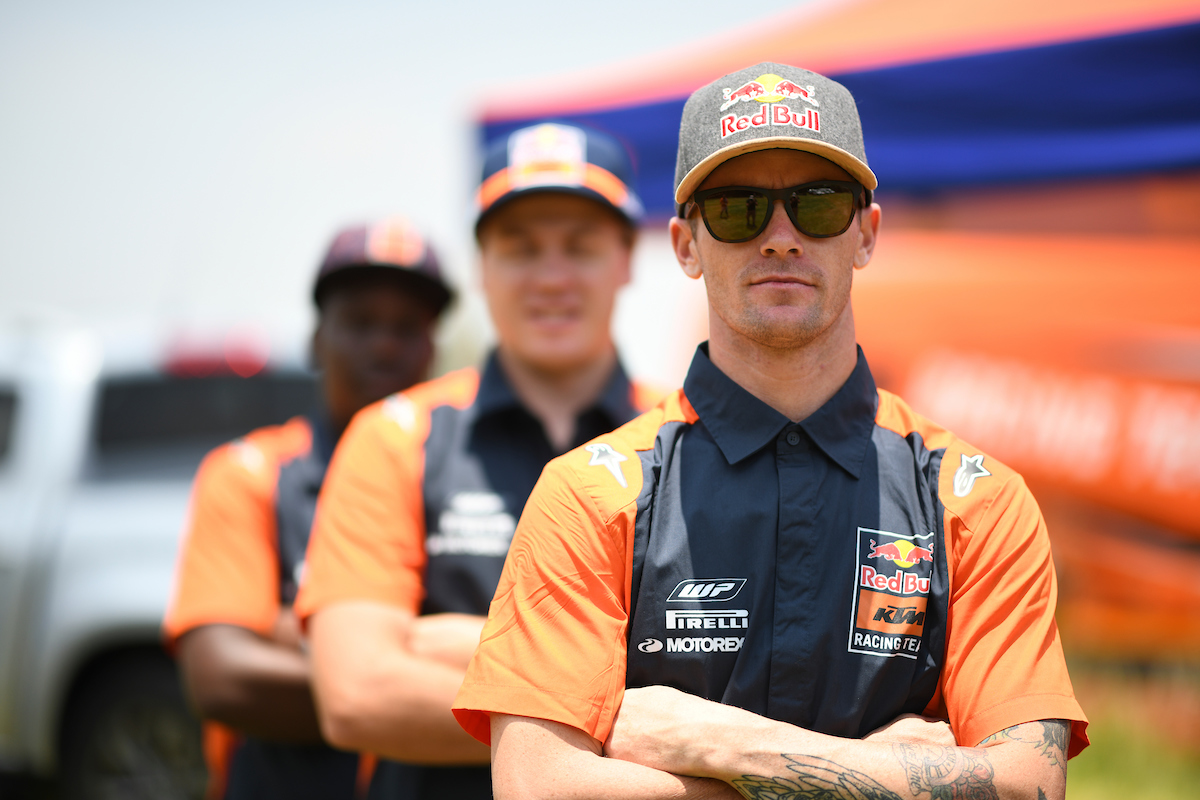 The gates are about to drop for the first round of the National Motocross Championship...

As the season opener in Port Elizabeth approaches, Red Bull KTM has released its stellar 2020 line-up.

Stepping into the season with the MX2 red plate to defend is motocross star Kerim Fitz-Gerald. Having returned to his winning ways in 2019, the 10-time national championship will line-up with a new-found confidence.

Adding a particular sense of excitement to the season is the announcement that Fitz-Gerald will once again be racing in both the MX1 and MX2 Class. It doesn’t end there - perhaps even more surprising is the news that he will also be entering a select few races in the Enduro Championship this year.

He explained, “I went to watch the Roof of Africa in Lesotho in December and decided that it’s a race I’d really like to finish someday! I have no background in this sport at all, but nothing is holding me back from trying something new. I’ve decided to just go for it and enter some enduro races this season in preparation for the 2020 ‘Mother of Hard Enduro’!”

While it’s no secret that Fitz-Gerald has entered the latter part of his career, he lives by the motto that if he is “able to keep winning, he is able to keep racing”. From his performance in 2019, it’s clear that the rider’s best days are still ahead of him.

Entering the season on a somewhat bitter-sweet note is Tristan Purdon. The rider came painfully close to winning the 2019 MX1 Championship but was kept from national glory when the closing race of the series was cut short.

While the decision of whether he enters the season as the reigning MX1 Champion is still pending, Purdon is moving forward with the racing year ahead. In what he describes as his ‘best form yet’, the rider is more confident than ever as he prepares to stake his claim in both the MX1 and MX2 Class.

“Last year I came into the season with a wrist injury and only really found my rhythm halfway through the year. Things are different now and I feel really confident about my form as we head into the first round,” said Purdon.

The last member of the 2020 Red Bull KTM squad is Jonathan Mlimi – a rider ready to reinstate himself as a force to be reckoned within the High School Class. It was a disappointing 2019 season for Mlimi who was sent to the side-line after breaking his leg during training.

Grateful for a fresh start this season, Mlimi commented, “Last year was the lowest point in my career so far. I just had to pick myself back up again and build my confidence up with one training session at a time. I’m feeling more excited than ever as we head to Port Elizabeth with a new appreciation of being able to race.”

The National Championship kicks off in Port Elizabeth this Saturday, 15 February.