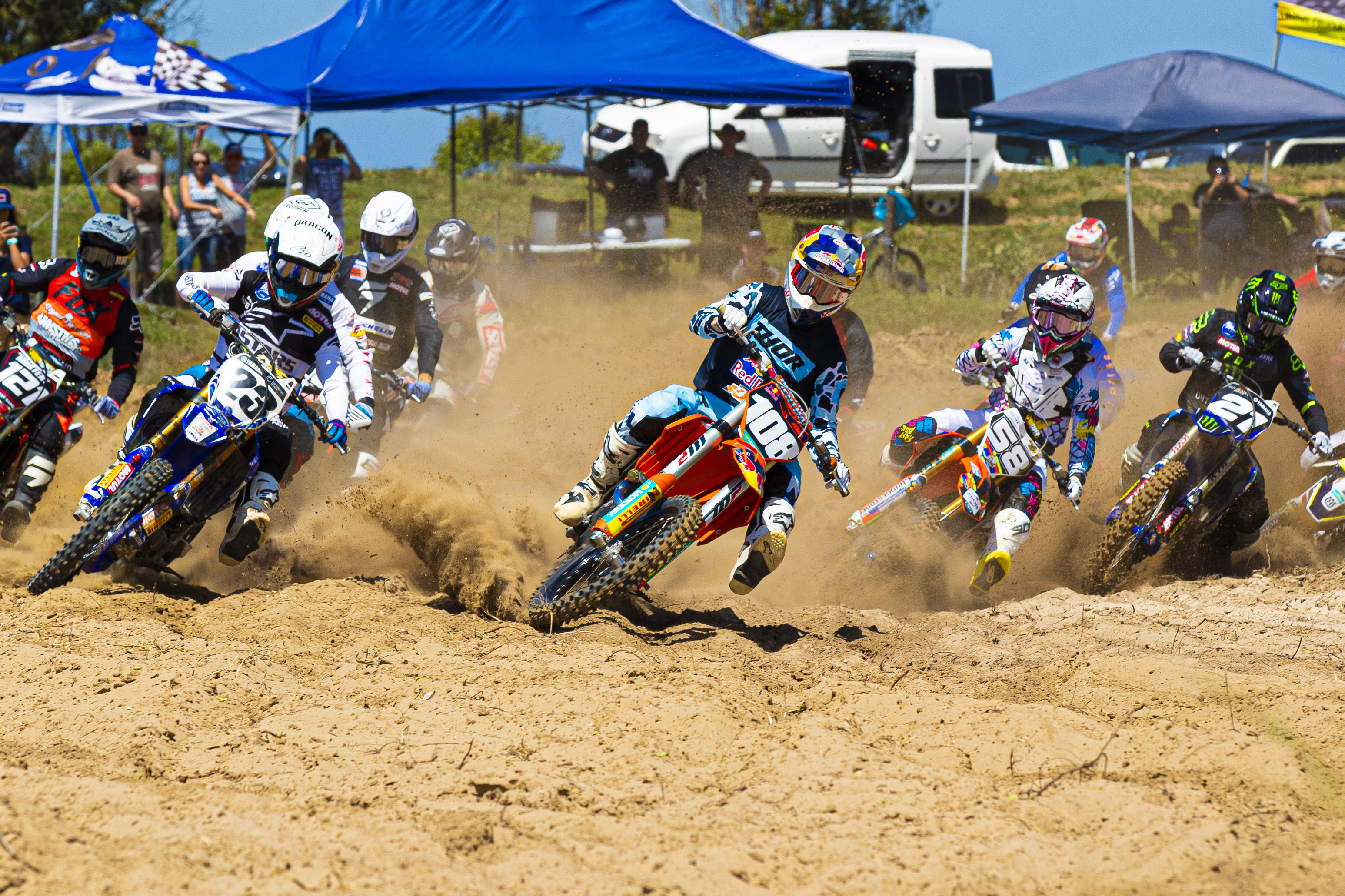 What MSA National Motocross Round 1 Preview

The 2020 MSA South African National Motocross championship presented by Cannabis Energy and TRP Distributors is quite literally set to fly when the first gate of the season drops to see in another year of sensational racing at Port Elizabeth’s rough, sandy and demanding Rover Raceway. And it the past season and this year’s entry lists are anything to go by, we are set for a vintage year in what promises to be an even closer and harder fought championships than ever

Last year’s open class MX1 championship remained unresolved at the time of writing after the final moto of the season was halted due to lightning and a court of enquiry must still decide which lap that race was stopped as that indeed has an outcome on the title — that's how close it was! But it’s all about to explode into extreme action all over again as Maddy Malan (Pepson Plastics Husqvarna) and Tristan Purdon (Red Bull KTM) rejoin battle with 2019 title rivals Lloyd Vercueil (Florstore Ontrend Yamaha) and David Goosen (Out of Africa/Monster Yamaha).

There’s a lot more competition in MX1 this year too as MX2 stalwarts Anthony Raynard (Tintswalo Yamaha), Jesse Wright (Out of Africa/Monster Yamaha), Cameron Durow (Reef Tankers KTM) Slade Smith (Florstore Ontrend Yamaha) line up in the big banger class too this year, while enduro star Blake Gutzeit (KTM) makes for another most interesting entry. Don’t forget Johan Vogelesang (OC KTM) up to the open class to this year, or Regan Wasmuth (KTM) among this lot.

While MX1 is indeed star-studded, 250cc MX2 promises to be the jewel in the MSA South African National Motocross Championship crown this year. MX2 also went right down to the line in 2019, but will champion Kerim Fitz-Gerald be back to defend his title aboard his KTM? Rest assured that his main 2029 rivals, Anthony Raynard (Tintswalo Yamaha), Joshua Mlimi (TRP Orland KTM) and Slade Smith (Summit Yamaha) will all be back, while High School champion Dalton Venter steps up alongside MX1 Maddy Malan in Pepson Plastics Husqvarna's MX2 attack.

Last year’s MX3 championship was another class to go right down ot the wire and Brett Bircher (Motul ACR KTM), who led the charge all season long, will be out avenge late starter last year, Ian Topliss (Motul Yamaha) taking the title away from him in the final race of the season. Tyson Engelbrecht (The Roost KTM) will be back to keep them both honest and also keep an eye on Jonathan Hubbard (Motul ACR KTM), Andre Swart (KTM), Dax Hunt (Eddy 2 Race Husqvarna) and Jaco van Zyl (Orbit Husqvarna) among the motocross madalas.

South African Ladies Motocross champion Kyala Raaff has made a shock move to Kawasaki for 2020 and she intends continuing where she so dominantly left off last year. Megan Jonker (Motul/Leatt Husqvarna), Pegasus Storage Husqvarna de Lima sisters Cheyenne and KTM girls Natasha Rugani and Kelly Benn are amomng the ladies who have worked hard to close the gap to Raaf this year

So rest assured that the action will be as wild as ever when that first gate drops come 15 February. Find Rover Raceway on Victoria Drive, Schoenmakerskop in Port Elizabeth — gate entry is R60 per adult with kids under 12 free and you will enojoy cracking racing, full catering, souvenirs at the Sunoco Race Shop and the rest to ensure a great day's outing for all. Practice starts 07h30 with racing from around 10h00 Saturday morning.

Issued on behalf of SA Motocross