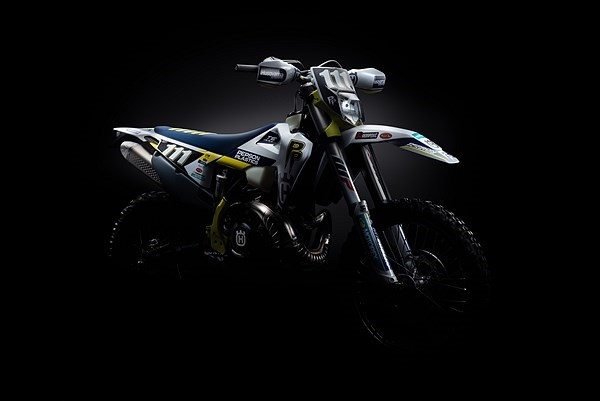 As the start of the highly-anticipated National Cross Country and Enduro Championship approaches, Pepson Plastics Husqvarna Racing announces a line-up that can be described as nothing short of a ‘dream team’.

While the brand was not spared a fair share of blows in 2019, it returns with a four-man squad of both former and potential national champions. The season kicks off in Lesotho this weekend – a place that many riders in the team have tasted both Enduro and Cross Country glory.

Adding a particular sense of excitement to the line up is motorsport legend Kenny Gilbert, who makes his long-awaited return after injury. He was on the cusp of snatching up his fourth OR1 title last season, but sustained an injury during a practise ride that not only sent him to the side-line but almost ended his racing career.

Having defied the odds and worked his way back to his former racing form, Gilbert is out to reinstate himself as the country’s top rider in this sport.

Equally hungry for a national title and also making his return to Cross Country this season is Brett Swanepoel.

Last season Swanepoel was relentless in his effort to work his way back up the ranks after an injury he sustained in 2018. Swanepoel began his comeback by fully commiting to the National Enduro season, where with each passing race he regained his competitive edge. As the season closed with the Motul Roof of Africa, Swanepoel had returned to his post at the front-end of the field.

As both a former National E1 Enduro and National OR2 Cross Country Champion, the multi-disciplined star will take his place at the start line as a favourite for both championship titles.

Rounding out the Husqvarna squad is the rising Matthew Green. If he hadn’t done it already, Green proved as the 2019 season closed that he has more than enough pace to keep up with the frontrunners in this sport.

After a top 10 finish amongst both national and international stars at the Roof of Africa, the youngster shook off his ‘rookie status’ and made it clear that he will be a force to be reckoned with in the National E1 Enduro Class.

As the team rallies up for an action-packed season ahead, Pepson Plastics Husqvarna Racing is proud to announce new partners in MOTOREX, MICHELIN and TWINAIR. The racing season would also not be possible without the support of SBS, DID Chains, Fulvic Health, Carbonteck and WP Suspension.

“I’m extremely excited about the prospects that the year ahead holds! I’m confident that what we call our ‘dream team’ will be in contention for a number of national titles as the season unfolds. A big thank you to all of our sponsors who make this possible. Now let’s get racing!” said Husqvarna South Africa’s Brand Manager Fred Fensham.