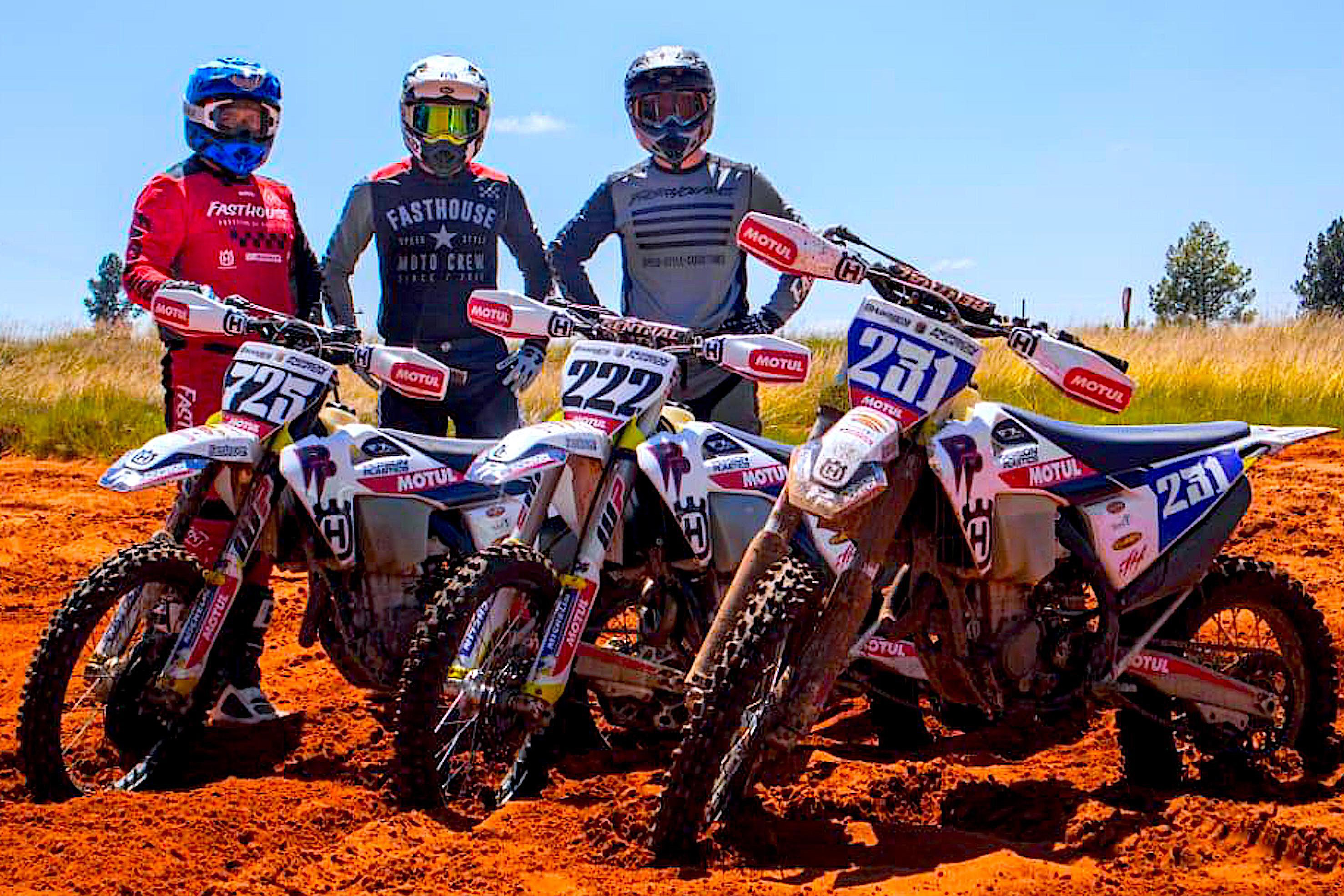 There’s a new team on the block in the South African Cross Country Moto series and Pepson Plastics Motul Husqvarna Racing is raring to go in both the season-opening Live Lesotho race Friday 7 February and the first round of the Enduro SA series around Maseru’s Maluti Mountain Foothills on Saturday. The four-rider team includes OR1 heavyweight Ryan Ripley, OR2 charger Taki Bogiages, Senior rider Achim Bergmann and Masters man and team captain Iain Pepper.

“Our new Pepson Plastics Motul Husqvarna team racing with Fasthouse will be taking on both National Cross Country motorcycle classes as well as the National Enduro championship at this weekend’s Live Lesotho double header,” Iain Pepper confirmed. “We are going out to do our best but at same time to have some fun as we realistically challenge for podiums in all four classes. “I have stepped out of riding for factory team to nurture two great young talents in Taki and Ryan and also to support fierce Senior rider Achim — we are looking forward to some great results in Lesotho — can’t wait!”

“2019 was a tough year — I climbed on the bike not fully recovered from a broken back and it took much of the season to find my feet again,” Taki Bogiages explained. “So it’s great to start the season fit and strong and without the intense pressure of riding in the works team — I can just settle down and race and I'm most excited by that prospect — bring it on!”

“Last year I had the opportunity to impress the factory Husqvarna team when I stood in for the injured Kenny Gilbert in the final Cross Country Moto race of the season,” Ryan Ripley pointed out. “I must have done something right, because I have now been drafted into the new Pepson Plastics Motul Husqvarna team! “I am hugely honoured for the call up — the plan is to learn and improve through the season, starting this weekend in Lesotho.”

“I need to thank Iain and Pepson Plastics Motul Husqvarna Racing for the opportunity to race for the team,” veteran Achim Bergmann admitted. “It’s so special for me to be considered for the ride and I am ready to do what I have to, to deliver the goods. “We have a big weekend ahead in Lesotho and it’s the start of a great new adventure. “Thanks again for the chance!"

Issued on behalf of Pepson-Motul Husqvarna