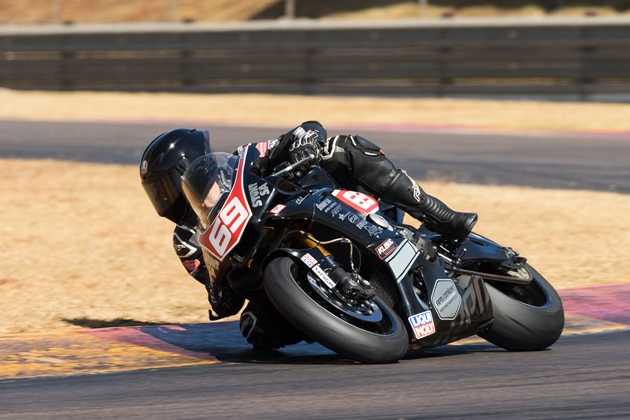 RPM Center, the Cape Town based race bike preparation operation, will field a two-bike team in the 2020 SA Superbike Series.

Team principal David McFadden is no stranger to South African circuit motorcycle racing. In addition to his managerial duties, the 2011 National Supersport Champion will be out on track on the Stunt SA supported Yamaha R1 in the 1000cc class.

Youngster Brett Roberts, who is better known for his exploits on the motocross circuit, will be making the step up to the national 600cc class after making his motorcycle circuit racing debut at Killarney in the middle of 2019. Roberts will be competing on a Yamaha R6 sponsored Lights by Linea.

Commenting before the opening race of the season, McFadden said, “For 2020 I am happy to remain with Yamaha on the updated R1. I believe we will be competitive from the start, the bike felt strong on the initial shake down test even in stock trim. We have done a few tests and have found a good base setup and I have a good feeling with the bike. I can’t wait to get it out on track on race day to showcase the bike and team. As far as my other role as team manager is concerned, I have always tried to help up-and-coming riders build a strong foundation on which to build future success. Brett’s undoubted ability will make this task much easier for me.”

Asked about his expectations for 2020, Roberts said, “Although I am still young, I turn 20 later this year, and have a lot to learn about superbike racing, I do have experience in the national motocross championship. This year, being my first full year of racing superbikes or any road bikes, I would like to try show my wheel at the front of the race as much as possible.”

The team will be in action at the first round of the 2020 championship, which takes place at Zwartkops Raceway on Sunday, 2 February.

In addition the sponsorship from Sunt SA and Lights by Linea, the team acknowledges the support received from RST, Nix Graphics, Arata by Racetec, Forma Boots, TBR Engineering and Schuberth Helmets.

Picture Caption: David McFadden in action at Zwartkops during 2019