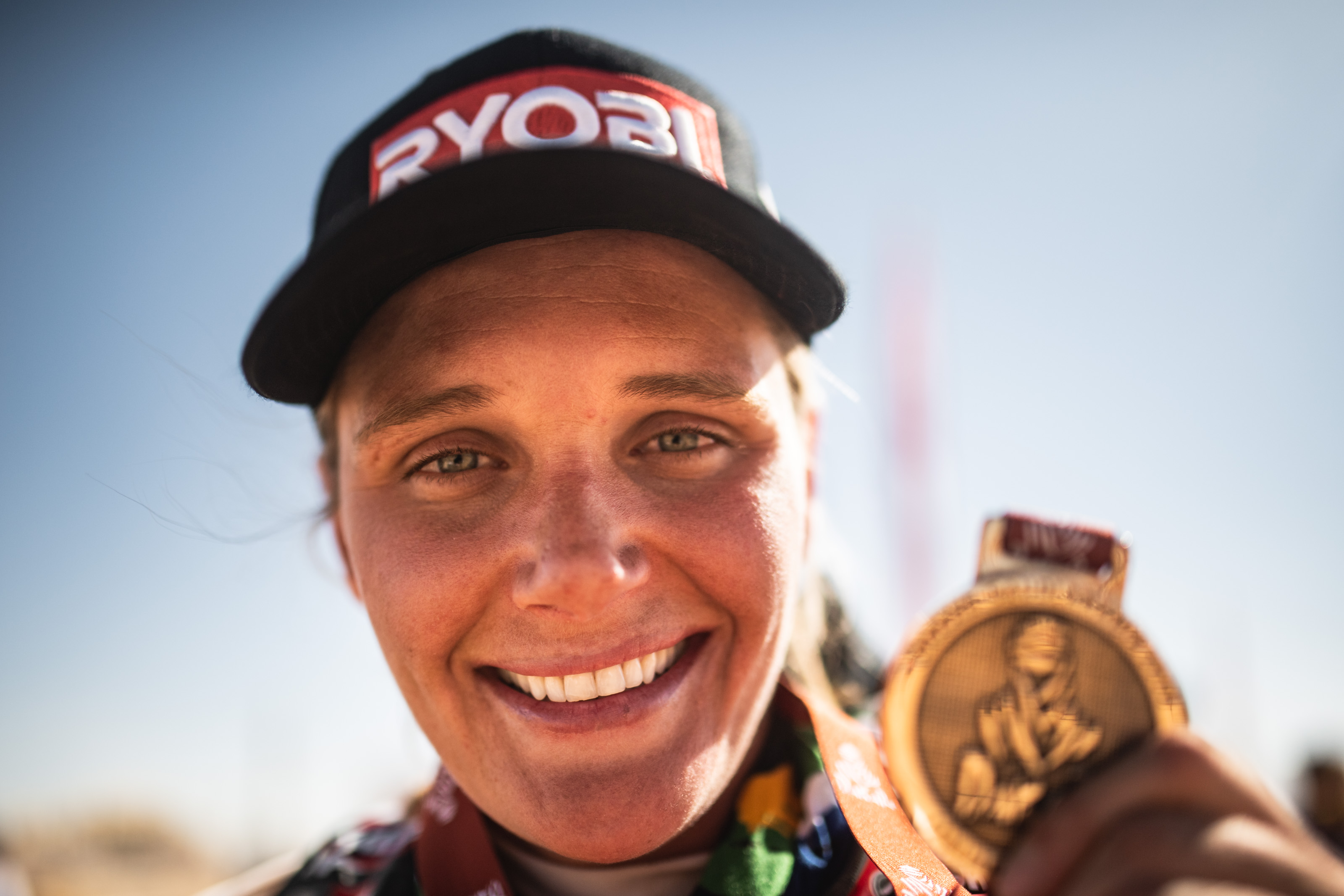 Just like that, the 2020 Dakar Rally has drawn to a close. Taking their place in a select group of athletes to have conquered the iconic event this year is Southern Africa’s very own Ross Branch and Kirsten Landman.

Branch, the rider fondly known as the “Kalahari Ferrari”, has finished the event in 21st place overall. While the result is not what Branch was hoping for, the 2020 edition brought equally ground-breaking highs as it did devastating lows for the rider.

A crash on stage three and a hole in his rear tyre on stage six set Branch back immensely, despite his impressive efforts to climb back up the leader board. However, with a stage victory and multiple top-five stage finishes in the bag, this could be the start of the career in Rally racing that Branch has always dreamt of.

Even with the pain of a shoulder injury that he sustained after his crash, Branch revealed a deep sense of grit for eight stages and was able to prove to the world that he has the ability to not only persevere but compete with the front-runners in this sport.

“This Dakar was one of the toughest races of my life.. I crashed really early in the race and had to ride with an injury, but at the same time I had some of the best results in my career. It’s been an emotional roller coaster, but I’m so happy to have made the finish line. I can’t thank everyone enough for all the support, it has been incredible!” said Branch.

While his 2020 Dakar comes to a close, it seems that the best season of his Rally career is only just beginning.

“Seeing Ross cross the finish at the end of the second stage, knowing he has taken the stage win, was something so special and so rewarding, nobody can ever take that away from him and it’s something we will remember forever. With a stage win and his come back after injuring his shoulder the following day, riding the remainder of the race in immense pain, he has shown what he is made of and his never-give-up attitude is something I find inspiring and hugely respect. The Dakar Rally can be kind to you and it can be cruel, you never know what you are going to get and Ross got quite a bit of both and learnt from the good as much as the bad. I can’t wait to see what the future of Rally racing holds in store for him,” said KTM South Africa’s Managing Director Franziska Brandl.

For South Africa’s motorsport queen Landman, the 2020 Dakar journey was as much about getting to the start line as it was about finishing the race.

The rider is more renowned for her technical abilities as the first female to finish many of the world’s toughest hard enduro events. Based on her long list of credentials, many deem Landman as ‘fearless’ in her pursuit of racing.

Landman, however, entered the Dakar with a determination to overcome her greatest fear of them all – speed. The rider was involved in a serious accident in Botswana six years ago and has since avoided any races that require high speeds.

After conquering what was described as one of the ‘fastest Dakar race in years’, Landman couldn’t be prouder of her accomplishment. Not only did she finish the event but placed an impressive 55th overall.

“My goal was to stay consistent and get to the finish, and it was hard not to get into the hype of racing at times! I weighed up the risks and found a pace that I could manage – slow and steady wins the race! I found that I got faster and more confident as the days went on though, and I couldn’t be happier to have finished so high up. I certainly didn’t expect that!” said Landman.

“Never in my wildest dreams would I have thought that the Dakar Rally would be something that Kirsten will ever want to tackle. What I do know however is that once she puts her mind to something it’s hard to convince her otherwise and her willpower and determination is something truly special. Seeing her cross that finish line in Saudi Arabia was quite a magic goose bump moment and from being by her side through her lowest lows to celebrating this high makes me even prouder of her. To her and all other Southern African riders that conquered the Dakar Rally, we salute you, you are all heroes!” said Brandl.