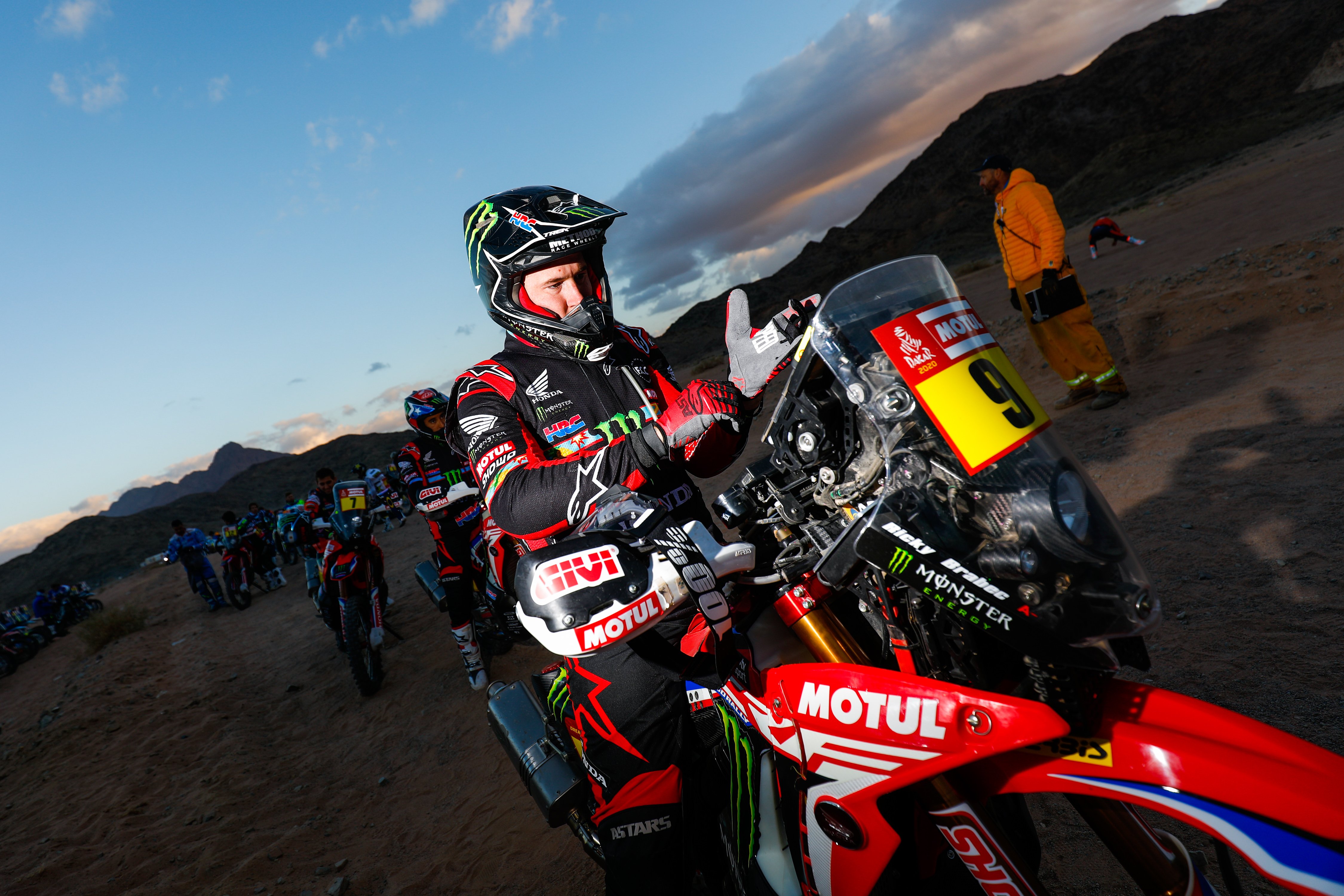 Riding for the Motul-backed Monster Energy Honda Team 2020, California Native Ricky Brabec (#9) has made history at this year’s Dakar by becoming the first ever American winner of the ultimate rally-raid event. The fact that he has done it on a Honda CRF 450 Rally is also historic: it is the manufacturer’s first Dakar win in over 30 years and in the process they have ended KTM’s 18 year domination of the event.

This year’s Dakar Rally has been historic for many reasons, as it also marked the first occasion that the event has been held in the Middle East. Speaking before the Dakar began, Brabec was clearly feeling the sense of occasion – as well as the weight of expectation - as he prepared to start his fifth Dakar.

“Being in the position I was during the 2019 Dakar let me know that I can win, and that I will win soon. I am beginning to figure this rally out and I am fighting hard to be the best in the team. I am very confident, and I am expecting the same from the team this year,” he stated. “I look forward to the fight and hope for a better result than I have had the last three years. The goal for Dakar is to win.... I expect nothing less,” he asserted.

Twelve stages later, Brabec has delivered on his promise. He made his intentions clear by winning Stage 3, the loop stage around Neom, and has not relinquished his grip on the top of the General Classification since then.

“Motul is proud to have played a part in Ricky Brabec’s victory by once again supporting the Monster Energy Honda Team,” commented Mercia Jansen, Motul Area Manager for Southern and Eastern Africa. “Ricky has shown remarkable perseverance in overcoming previous setbacks and injuries, and his tenacity has served as a wonderful example to all the competitors – especially the self-supported riders in the Original by Motul Category,” she added.

Brabec’s triumph is the culmination of several years of heart-wrenching Dakar moments for the American. After a promising 9th place finish as a Dakar rookie back in 2016, he achieved his first Stage win at Uyuni in the Bolivian salt flats the following year. However, he subsequently had to withdraw, followed by failures to complete both the 2018 and 2019 events. At the time, Brabec described Stage 8 of last year’s Dakar as “one of the worst moments of my life” when a blown engine ended his chances while he held the lead.

Brabec has ridden a very tactical race, ably supported by his teammates Kevin Benavides (#7) and Dakar Legend Joan Barreda Bort (#12). The Motul-supported rider went fast when he needed to but was otherwise content to adopt a more wary approach. This saw his rivals – notably Pablo Quintanilla (#5) - eat into his accumulated lead over the last couple of Stages, but by then Brabec had already done more than enough to ensure his final victory when he crossed the line in Qiddiya this morning.

The Dakar Rally 2020 has given motorsport fans many moments to savour, but seeing history being made by Ricky Brabec and his Motul-backed Monster Energy Honda Team 2020 will live long in the memory.

Post your own comments using hashtags #PoweredByMotul, #OriginalByMotul and #Dakar2020

Motul is a world-class French company specialised in the formulation, production and distribution of high-tech engine lubricants (two-wheelers, cars and other vehicles) as well as lubricants for industry via its Motul Tech activity.

Unanimously recognised for more than 160 years for the quality of its products, innovation capacity and involvement in the field of competition, Motul is also recognised as a specialist in synthetic lubricants. As early as 1971, Motul was the first lubricant manufacturer to pioneer the formulation of a 100% synthetic lubricant, issued from the aeronautical industry, making use of esters technology: 300V lubricant.

Motul is a partner to many manufacturers and racing teams in order to further their technological development in motorsports. It has invested in many international competitions as an official supplier for teams in: Road racing, Trials, Enduro, Endurance, Superbike, Supercross, Rallycross, World GT1, 24 Hours of Le Mans (cars and motorcycles), 24 Hours of Spa, Le Mans Series, Andros Trophy, Dakar Rally, 8 Hours of Suzuka, Bol d’Or, Daytona 200-mile motorcycle race and Motul Roof of Africa.

Issued by Listen Up on behalf of MOTUL South Africa