COX SIGNS UP FOR GOLD AT 2019 ROOF OF AFRICA 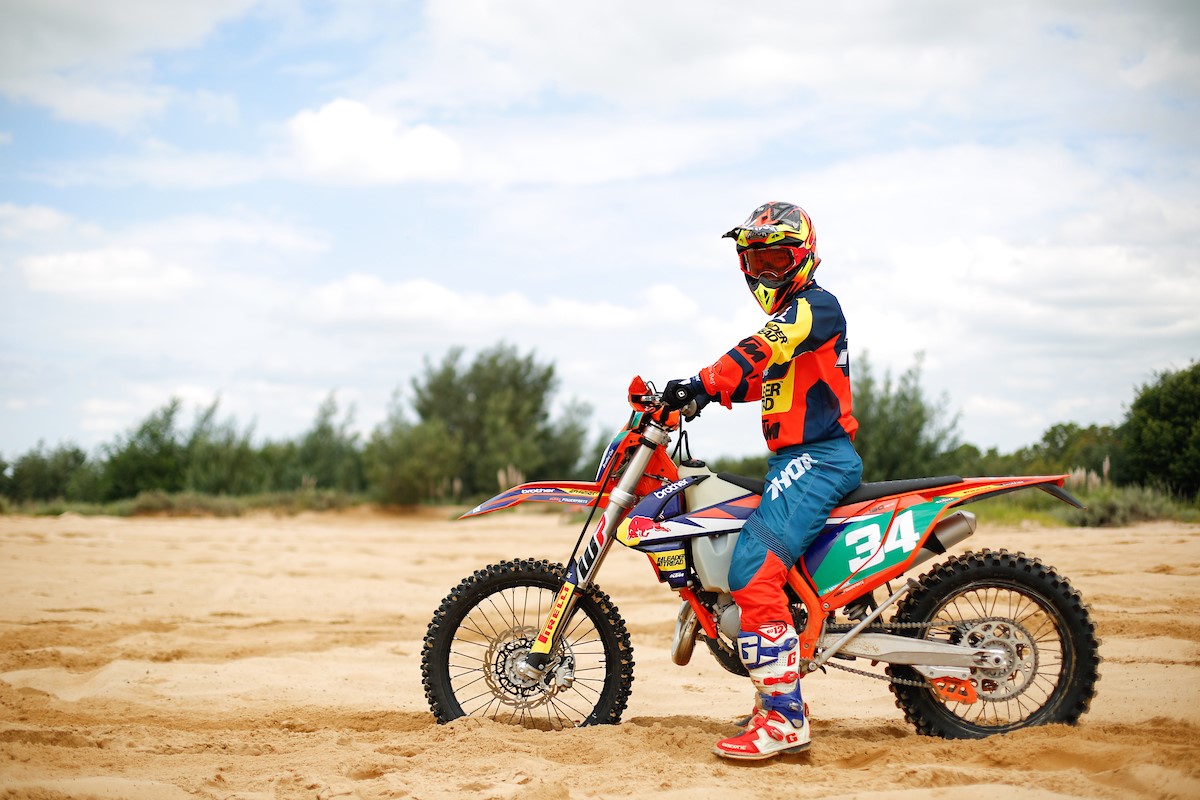 It’s that time of year again…

South Africa’s hard enduro riders are preparing for the ultimate test of man and machine - the highly-anticipated Roof of Africa. The event renowned as the ‘Mother of Hard Enduro’ takes place in Lesotho from 4-7 December.

Lining up with the long list of elite riders this year is Brother Leader Tread KTM’s Bradley Cox, who will be entering the Gold Class for the first time in his career. While the multi-disciplined rider is more widely known for his cross country and motocross skills, he is fast making a name for himself in South Africa’s world of hard enduro.

Proving that he has the pace to keep up with the frontrunners in this sport, Cox stormed to his first ever E1 victory at the final round of the National Enduro Championship in Port-Elizabeth last month. The rider mentioned a long list of goals he’s been wanting to tick this season, and snatching enduro victory was one of them:

“I want to be one of the best enduro riders in the country, and I think I’m slowly on my way up there. I’ve always been known as the ‘motocross or cross country kid’, but I want to start building a reputation as the ‘enduro kid’ too,” said Cox.

Cox had his first introduction to hard enduro when he entered the Silver Class of the Roof of Africa in 2017. Not only did he finish the unforgiving route, but managed to finish in an impressive second place.

Having recently returned from America after racing in the popular GNCC Series, Cox has set a laser focus on preparing for Lesotho’s grueling terrain.

“I spend a lot of time with my trainer, William Gillitt, who helps me with the extreme stuff. I have a fitness trainer too - so everything is in place and I’m going to push super hard in the month and a bit I have left to get ready for Roof,” said a determined Cox.