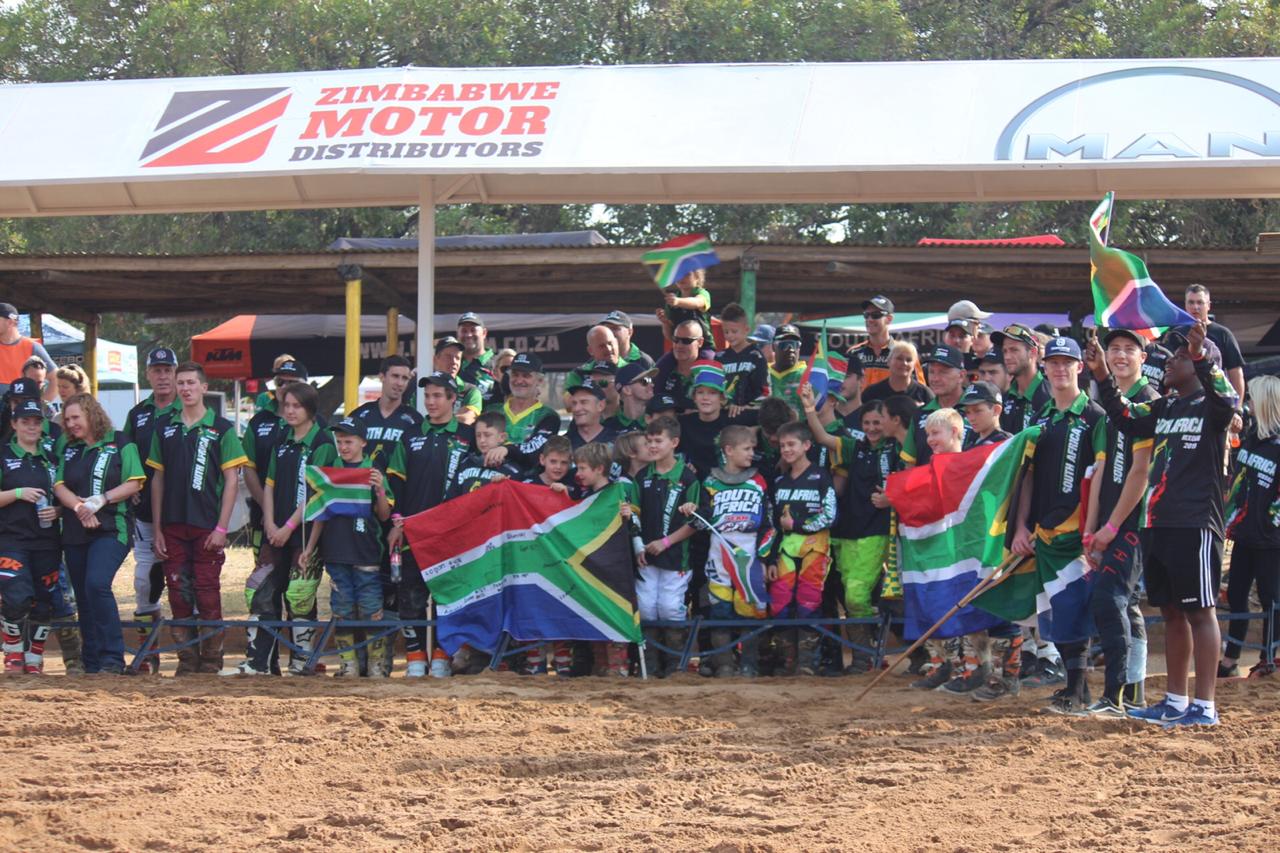 South Africa, for the umpteenth time, successfully defended the FIM Africa Motocross of African Nations Championships title after their riders swept the board in most of the classes at Donnybrook Park in Harare at the weekend.

This year’s African Championships attracted a record entry of more than 200 junior and senior male and female riders from seven countries — Botswana, Kenya, Morocco, South Africa, Uganda, Zambia and the hosts Zimbabwe — who fought for the top honours in eight classes on Saturday and Sunday.

And it was riders from South Africa who once again stole the show at this two-day continental motorcycling event whose last day on Sunday attracted a bumper crowd of close to 10 000 spectators who thronged the iconic home of Zimbabwean motorsport — Donnybrook — to watch some high octane of motocross racing, especially in the seniors MX1 and MX2 classes.

This was by far the largest crowd to ever throng Donnybrook to watch a motocross event in the history of the sport in Zimbabwe, according to Temba Mazvimbakupa of Motorsport Zimbabwe (formerly Zimbabwe Motorsport Federation).

South Africa, who lifted the African title the last time the FIM African Motocross of African Nations Championships were held at Donnybrook in 2015, were once again declared the overall winners of this annual event ahead of Zimbabwe at the end of business on Sunday.

The South Africans, who also won the same title in 2016, 2017 and 2018, emerged as the top dogs after amassing a total of 910 points while the host nation, Zimbabwe, came second-best with 527 points and were well ahead of third-placed Uganda (397 points).

South Africa came out tops in almost all the classes except in the main MX1 Class which went to Zimbabwe after a dominant performance by the country’s champion rider Jayden Ashwell who was just in a class of his own as he convincingly won Round One and Two before settling for second place in Round Three to amass a total of 57 points, three ahead of South Africa’s Mathew Malan.

There were 16 riders in the MX1 Class.

Ashwell was emulated by 14-year-old Daiyaan Manuel who also picked up 57 points in the MX Lites after winning Round One and Two before coming second in the final round to claim the first step on the podium for Zimbabwe in this class which had a big field of 35 riders.

Manuel of St. George’s College in Harare was the most outstanding Zimbabwean rider in the MX Lites and he dedicated his victory on Sunday to his local arch-rival Emmanuel Bako (12) who was forced out of the weekend’s competition after dislocating his shoulder in a freak incident during Day One’s practice session on Saturday morning.

Zimbabwe also claimed a place on the podium after one of the country’s most exciting riders Regan Wasmuth (17) rode brilliantly to come third overall in the MX2 Class with 45 points. The first two places went to South African bikers Kerim Fitzgerald (60 points) and Joshua Mlimi (51 points).

Two other young Zimbabwean riders Davin Cocker and Tristan Grainger also did well in the 125cc Class where they came second and third respectively behind South Africa’s Dalton Venter.

Cocker picked up 52 points to come second while Grainger’s 45 points were good enough to secure him a place on the podium as the third-best rider in the 125cc Class.