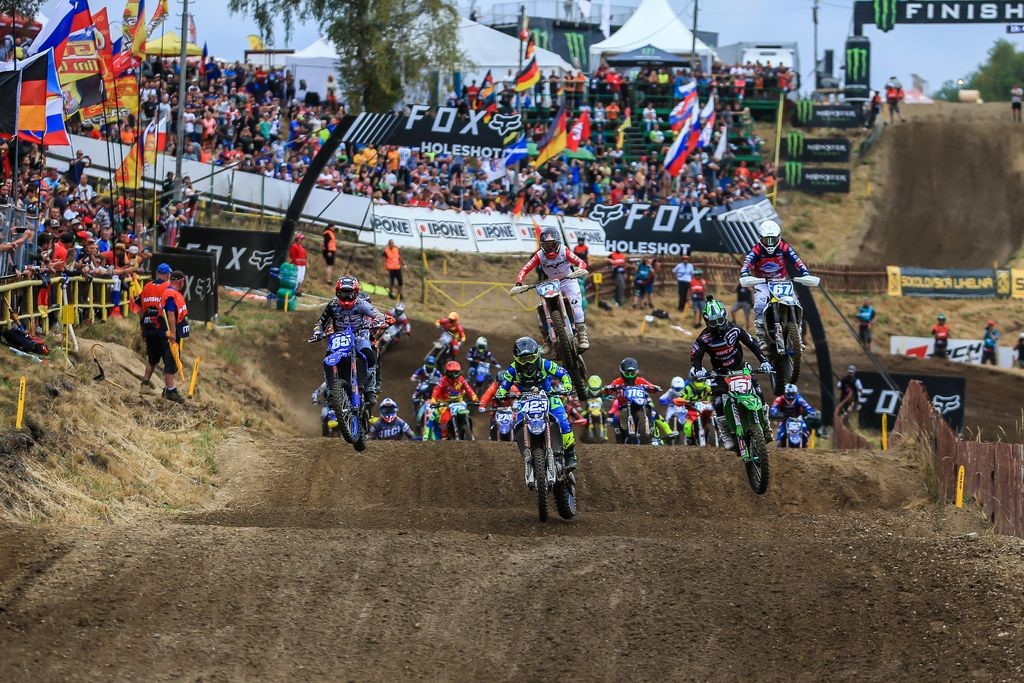 LOKET (Czech Republic) 28 July 2019 - Around the old school circuit of Loket, the third round of FIM Women’s Motocross World Championship took place where Bike It DRT Kawasaki’s Courtney Duncan has won the round of Czech Republicwith a perfect 1-1 score and 50 points. The New Zealander also extended her lead in the championship to 14 points over Nancy Van de Ven 139 points to 125 points.

Second overall at Loket was Larissa Papenmeier with 4-2 results and 40 points, and third Van De Ven, who went 2-4, also for 40 points.

A great line-up of women riders appeared in Loket, with 42 women on Saturday and once the racing started on Saturday and Sunday, it was clear that the competition in the women’s class continues to improve.

In the opening women’s race on Saturday, Duncan gave it all as she held the lead on lap one and remained there for the complete race. Behind her Van De Ven did the same job, second all race long, while third placed girl, Papenmeier made an impressive race after starting in around 10th and coming through the pack to finish in third position.

Lynn Valk struggled in the race as she started in third place and slowly dropped positions, eventually finishing in ninth spot.

Under overcasts skies Papenmeier led the second Women’s race on Sunday morning from Van De Ven, Duncan, Line Dam and Francesca Nocera. Duncan though showed her class by taking the lead before half-way through the first lap. Dam crashed and dropped to 17thposition.

After two laps the lead by Duncan was more than five seconds, with Papenmeier second and third Van De Ven. Four laps into the race and it was a 12 second lead between Duncan and Papenmeier. Verstappen had moved up to fourth place, and Shana Van der Vlist fifth.

Duncan continued to control the race with nearly 20 seconds between herself and second placed Papenmeier, and Van De Ven massive 40 seconds behind Duncan. Verstappen moved into third place to relegate Van De Ven to fourth position. Duncan won it from Papenmeier and Amandine Verstappen getting the second round win of the 2019 season.

Courtney Duncan: “I’m very happy for myself and the whole team. Dixon Racing and I have put a lot of work. We also have a small team back home, but it’s crucial. I just rode smooth and contained my lead and I am really happy. It was a good weekend, pretty close to perfect. I had two good starts in this technical track and it helped a lot.”

The next round of the FIM Women’s Motocross World Championship is taking place in Imola, Italy on August the 18th.