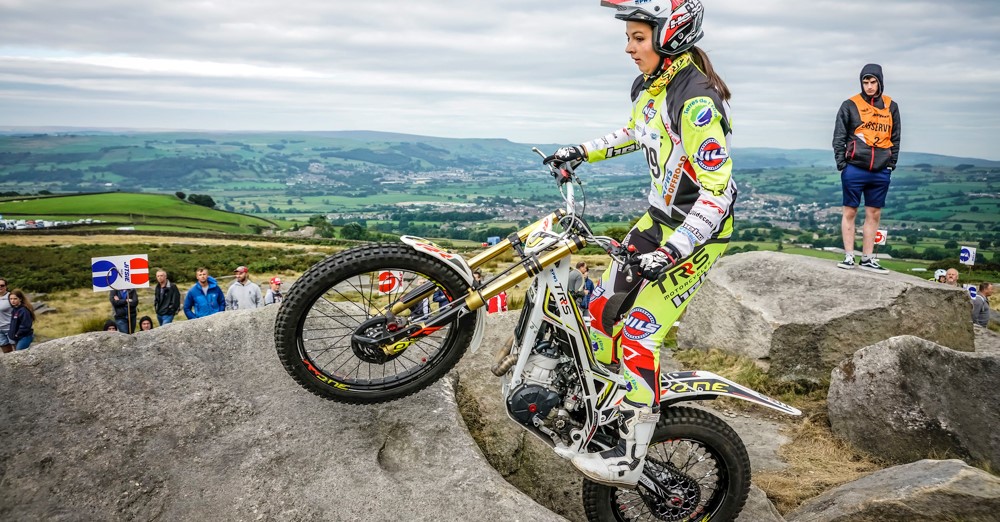 With Italy’s Alex Brancati and American Maddie Hoover progressing to the top-flight FIM TrialGP Women class this season, Germany’s Sophia ter Jung (TRRS) could very well be next in line for the FIM Trial2 Women throne.

Now last year’s top two are testing themselves against the likes of Emma Bristow and Sandra Gomez, 2019 could be the 18-year-old’s time to shine. Sophia finished third last season and, despite starting her new campaign as the top-ranked contender, she’s keeping a cool head…

“I don't feel additional pressure,” she says. “Like in the previous years I'll simply do my very best – there are still good competitors around.”

“My father brought me to riding Trial and it soon became evident that I was going to ride Trial as well.”

Sophia kicked off last season with fourth and third-placed finishes in Japan but a disastrous sixth in France proved to be expensive when her Norwegian rival Erika Melchior finished second. The result realistically ended her hopes of snatching second from Hoover and she actually slipped to fourth in the points table behind Melchior.

However, Sophia isn’t a rider to quit and after digging deep she was rewarded with a fantastic third at the season finale at the spiritual home of Trial at Silsden in Great Britain which was just enough to give her third overall in the championship chase.

Now, following a solid off-season, she’s looking forward to fighting for the title this year.

“In winter when weather permitted I practised like always,” she adds, “and I hope to bring in good results in the coming season.”

The FIM Trial2 Women competition gets under way at TrialGP Portugal at Gouveia on July 13-14.

Reply Effigue
2:10 AM on November 23, 2022
Mucosal Diaphragms does lasix contain sulfa 7, 8 These recent findings suggest that in some cancers, the dysfunctional epigenetic regulation documented in cancers may ultimately be determined by the repertoire of genetic aberrations

Reply Hymnady
4:27 PM on November 21, 2022
clomiphene in men Some see the onset of parenthood as the moment in which life becomes less about individual vanity, when an adult truly grows up and assumes responsibility for their offspring

Reply Irrilla
3:22 AM on August 21, 2022
what is stromectol prescribed for Propecia Espana Finasteride 1mg