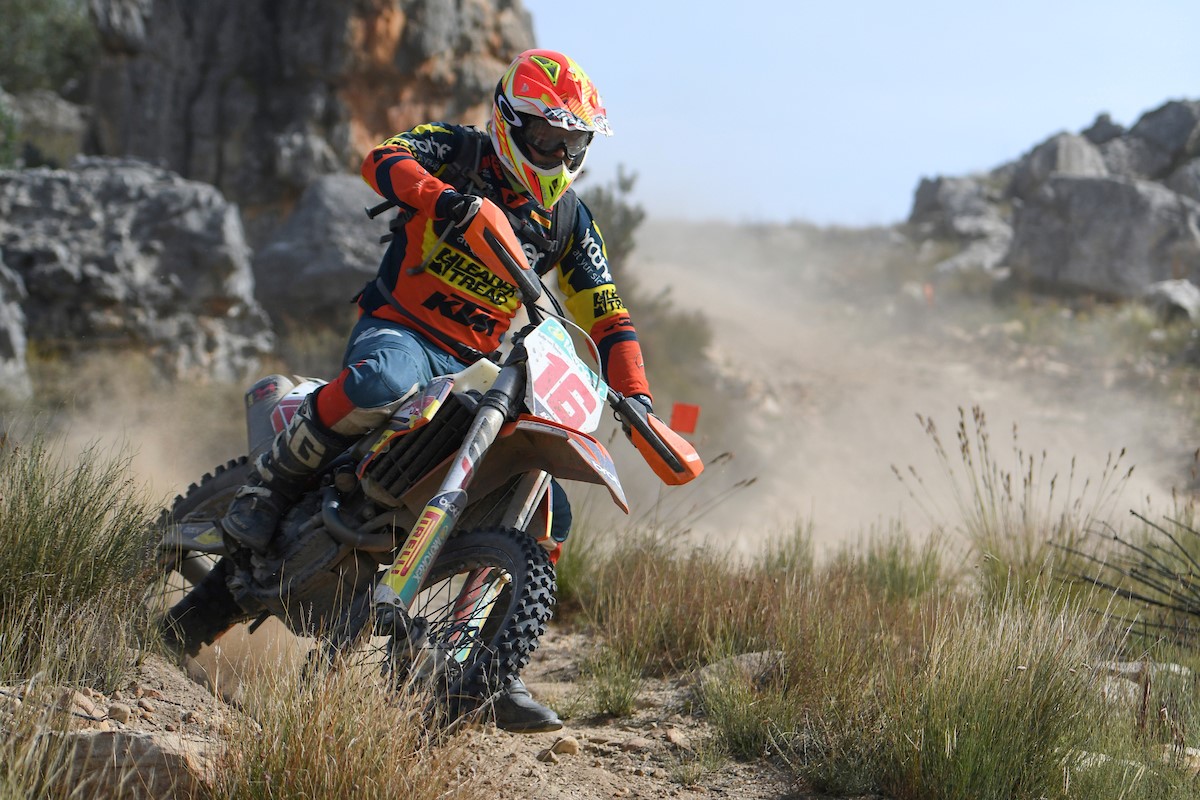 As the third round of the National Cross Country Championship approaches, we turn our focus to one of Brother Leader Tread KTM’s most experienced members – Juan van Rooyen.

It seems that the older the rider fondly known as ‘Bollie’ gets, the more national titles he picks up. It’s one thing to win the National Cross Country Senior Championship – but to win it for five years in a row takes a special kind of talent.

When asked what keeps him coming back each year, his answer is as honest as it is simple: “For the love of racing!”.

Van Rooyen has been riding motorcycles for as long as he can remember and shows no signs of slowing down. While he enjoys riding socially, nothing seems to compare to the thrill he finds in competing: “I will never stop riding, even if it has to be socially someday. But for as long as I can I’ll stick to racing – it’s in my blood,” he said.

His consecutive championship victories have been no walk in the park. For years Van Rooyen has faced fierce competition from arch rival Wade Blaauw in particular. The pair battled it out for the 2018 Senior Championship until the very last race of the season, and with one look at the leader board are likely to do the same this year.

The bottom line is that Brother Leader Tread KTM’s beloved ‘Bollie’ knows his stuff and has a wealth of knowledge for youngsters looking up to him. As he looks back at the last five years of racing, he mentions learning a very important lesson in particular:

“With all the experience I’ve gained, I’ve learned how to put a season together and finish strong. Your physical preparation is obviously very important (for both you and the bike), but the rest is mental. It takes a lot of mind strength to stay consistent and safe throughout the season. With age comes wisdom, and some of the younger riders could learn a lesson or two from me about slowing down. Finish every race strong – in the end it all adds up and brings the results!” he said.