BAKO STEALS THE SHOW IN SA 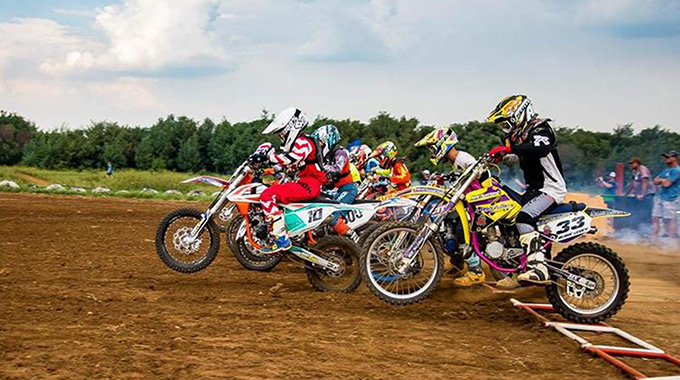 ZIMBABWE’S junior motocross champion Emmanuel Bako announced his arrival at his new French racing team — EHR Racing France — by sweeping to victory in the 85cc (Junior) Class during the second round of the 2019 Gauteng Regional Championship Series at Smoking Pistons in Johannesburg, South Africa, on Sunday.

Bako and Wasmuth made their debut as members of EHR Racing France during the second round of the 2019 Gauteng Motocross Regional Championship Series at Smoking Pistons track, just outside Johannesburg, on Sunday. Wasmuth also did well in the MX2 Class where he came third overall to cap a good day for the Zimbabwean riders.

Coming up against some of South Africa’s top junior motocross riders at this one-day regional race meeting, Bako won Heat One and Two as he claimed the first step on the podium ahead of local boys James Thompson and Nathan Kuhn. Bako was then named rider of the day after getting all hole shots and he was also crowned the fastest rider of the day in his class after recording the best lap times riding a standard 2019 KTM small wheel bike which was donated by Mantle Drilling Zimbabwe.

The young Zimbabwean biker said he was now looking forward to this coming Sunday’s second round of the 2019 Zimbabwean National Championship Series at Donnybrook Park in Harare where he will resume his rivalry with Daiyaan Manuel in the 85cc Class.

“I miss my grandfather so much as he was my inspiration and I would like to dedicate my victory at Smoking Pistons on Sunday to him.

Picture Caption: SHOOTING STAR . . . Top Zimbabwean junior motocross rider Emmanuel Bako (in red racing gear, bike No.10) shoots in front at the gates in Heat Two of the 85cc (Junior) Class during the second round of the 2019 Gauteng Regional Championship Series at Smoking Pistons in Johannesburg, South Africa, on Sunday