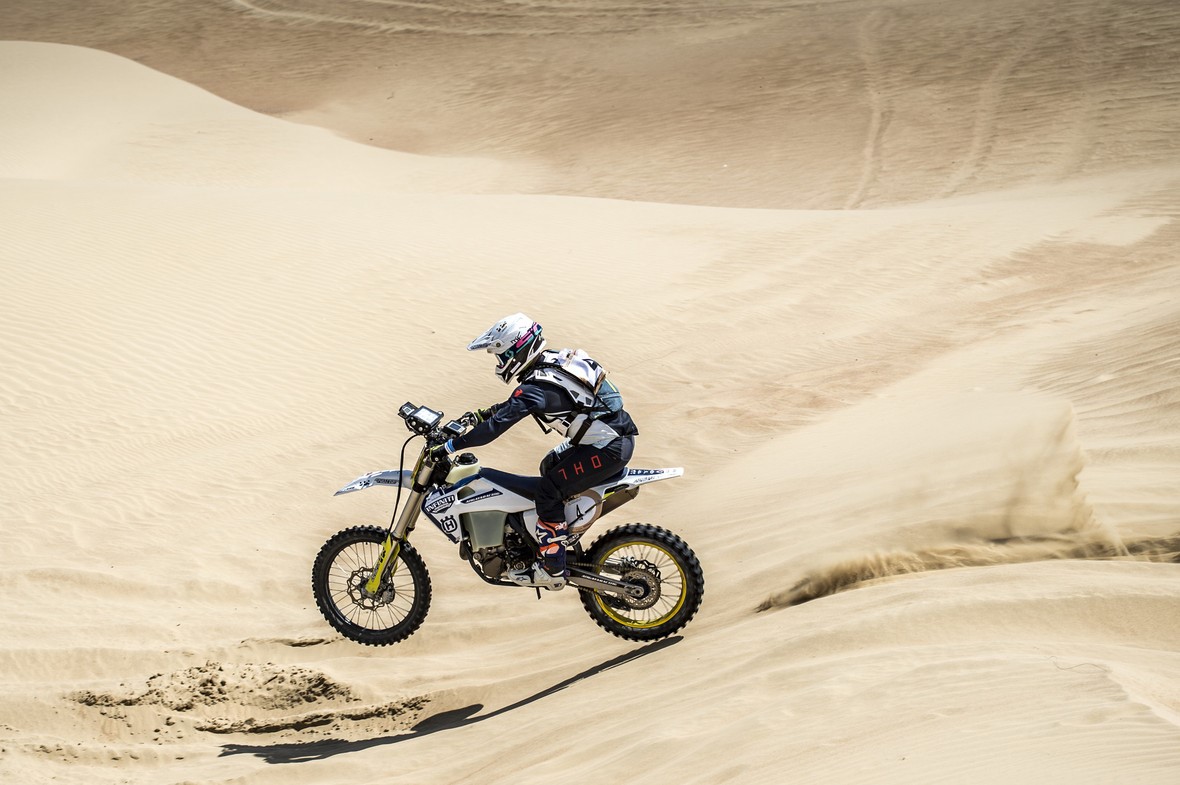 After two days of intense competition in the Al-Qudra desert and 406 km of selective sections, South African rider Aaron Mare (Husqvarna) won the first round of the FIM Cross-Country Bajas World Cup on his motorcycle. The Emirati Khalifa Al-Raisse (Honda) topped the quads.

Mare won the first stage on Friday and continued his momentum to the finish. He guided his Husqvarna to the end to take victory over Frenchman Benjamin Melot (KTM) by the margin of 7min 42sec. Mark Ackerman (Husqvarna) was 8min 45sec behind in third.

“It was another great day of motorcycle racing,” said Mare, as he arrived at the Dubai Autodrome circuit, the official base of the Dubai International Baja. “This morning I really attacked at the beginning of the special. After 70km, I realised that I had widened the gap with my opponents and I dropped the pace in the other two sections of the special to make no mistake and waste no time. At the end, I hit the gas again to increase my lead as much as possible.”

Benjamin Melot (KTM), who finished second for the third time in a row, said: “It was very fast and I attacked both days. Aaron rode incredibly well in the desert. We encouraged him to continue like this…”

Mark Ackerman was another South African rider on the third step of the podium with his Husqvarna. “It was a very fast race,” he said. “Everyone was struggling today. I’m happy with my result and it’s been a while since I felt so good in the desert. The camaraderie within the group of riders was great. It’s really fantastic to be able to ride like that with friends!”

Mohammed Al-Balooshi was last year’s winner and the favourite to win the event. He broke his Kawasaki’s engine on the link section to the start on Friday and we woke on Saturday morning with a fever. “I took paracetamol this morning and then I was able to go to the start. I am really happy to have been able to ride in the desert. Now I will focus on the next event that will take place in Portugal in two weeks.”\