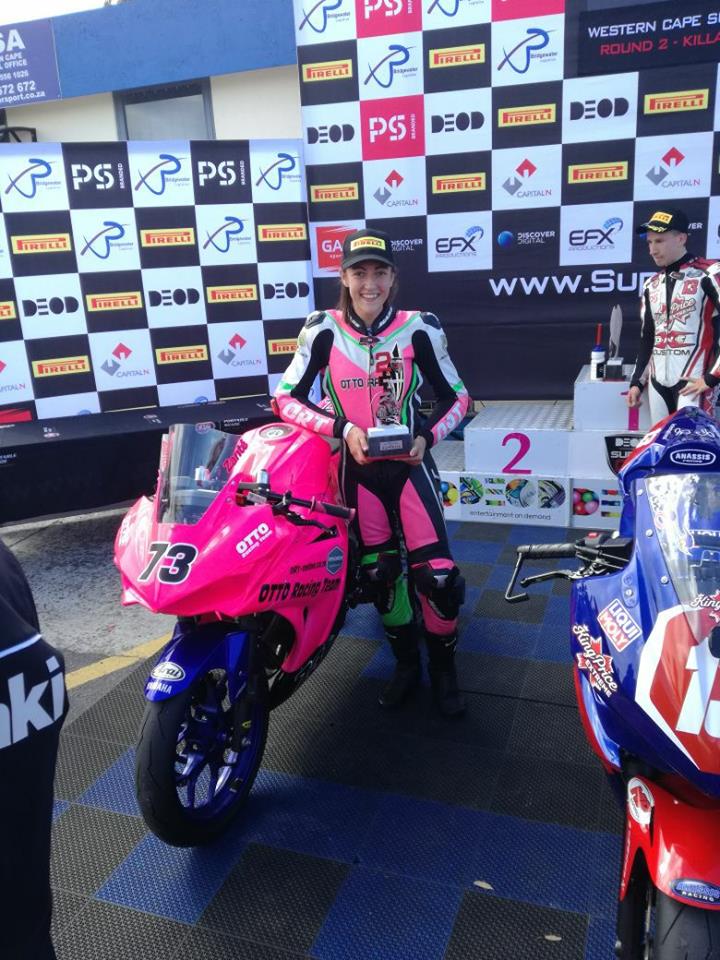 ZANTE Otto – one of South Africa’s top female Superbikes riders – will be the star attraction during this coming Saturday’s Toyota 50 Race Day at Donnybrook Raceway in Harare.

The “legendary” vehicle Toyota Hilux turns 50 this year and to mark its golden jubilee celebrations, the Zimbabwe Motorsport Federation, in conjuction with Toyota Zimbabwe, will this Saturday host the Toyota 50 Race Day at Donnybrook where all the country’s top motor racing drivers and Superbikes riders are expected to attend.

And to spice-up what promises to be an exciting motor racing day, the organisers of this big event have invited one South Africa’s “hottest properties” in the tough world of Superbikes riding – Zante Otto – to be part of this jamboree.

Otto from George rides for one South Africa’s top motor racing teams – Otto Racing Team – but she is coming to Zimbabwe at the invitation of fellow South African Vic Rich who owns another top racing team Down South – Monroe Racing Team. And Rich exclusively told The Herald from his base in Johannesburg yesterday that the 20-year-old female rider will be coming up to Harare this week to take part in Saturday’s Toyota 50 Race Day.

She replaces another top South African female Superbikes rider Zoe Bosch of Monroe Racing Team who has excused herself from this event due to some pressing personal commitments in South Africa.

“Unfortunately Zoe (Bosch) is not coming to Harare for this Saturday’s Toyota 50 Race Day but 20-year-old Zante Otto is representing us this weekend. We are excited to have secured her services and wish her a very successful weekend in Harare.’’ Rich said.

Otto, who usually competes on her Yamaha R3, also confirmed yesterday that she will be coming to Harare this week for Saturday’s Toyota 50 Race Day where she will be joined on the track by the country’s top female Superbikes rider Jessica Howden. Otto made her European debut in October 2016 at the Wil Sport European Junior Cup at the Lausitzring racetrack in Germany where she showed her mettle as she came away with a worthy third place overall against some stiff international competition.

The championship was part of the World Superbikes circuit and Otto was allowed to race as a wildcard entry. She was one of three South Africans who competed in the EJC class.