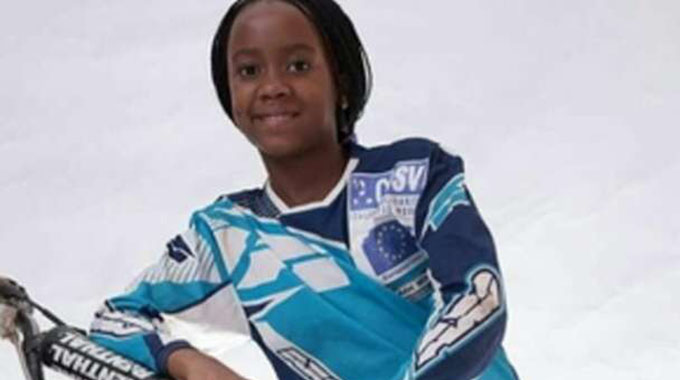 THREE of the country’s top junior motocross riders, cousins Emmanuel and Munyaradzi Bako; and Tanya Muzinda have committed themselves to represent Zimbabwe at this year’s FIM Africa Motocross of African Nations Championships at Mindola Motocross Park in Kitwe, Zambia, in August.

The Bogwheelers Club, who run the motorcycling sport of motocross in this country, yesterday named a strong team of 42 of the country’s top junior and senior male and female riders for this year’s FIM Africa Motocross of African Nations Championships.

They were last held in Zambia in 2016 before moving on to Botswana for last year’s edition.

And cousin brothers Emmanuel (12) and Munyaradzi (10) Bako were yesterday included in a strong 42-member Team Zimbabwe for this year’s African Championships together with the country’s top female rider Muzinda (13).

The three talented young riders’ management teams yesterday confirmed that they will “definitely” be part of Team Zimbabwe for this year’s FIM Africa Motocross of African Nations Championships to be staged in Zambia’s second largest city of Kitwe.

Emmanujel Bako’s father and manager, Brighton, yesterday confirmed that his son and his cousin Munyaradzi will take part in the African Championships in Kitwe where they will both represent Zimbabwe in the 65cc Class together with Jordan Dewdney, Declan Barrett, Hunter Moore, Joshua Halkier and Blake Prinsloo.

“We have always competed for Zimbabwe in the African Championships and this year is no exception as both Emmanuel and Munyaradzi will be part of Team Zimbabwe for this event in Zambia. We will fly out from Harare to Ndola on August 16 and then travel to Kitwe, which is about 60km away from Ndola, by road; and we will get there on the same day.

“Our bikes will leave a little bit earlier by road and we hope that they will arrive in Kitwe on the eve of the first day of the African Championships on August 16,” Brighton Bako said.

In Zambia, the Bakos will be joined by the country’s top female rider Muzinda whose father and manager, Tawanda, also confirmed yesterday that the 13-year-old biker will this time around be part of Team Zimbabwe.

“Funds-permitting, Tanya is going to take part in this year’s African Championships in Kitwe where she will be part of three female riders from this country who will compete in the combined Ladies Class which will consist of all the girls age-groups,” Tawanda Muzinda said.

Reply DlcBZZL
1:56 PM on November 15, 2022
Medication information leaflet. What side effects?
where to get propecia prices in the USA
Everything trends of medicament. Get information now.