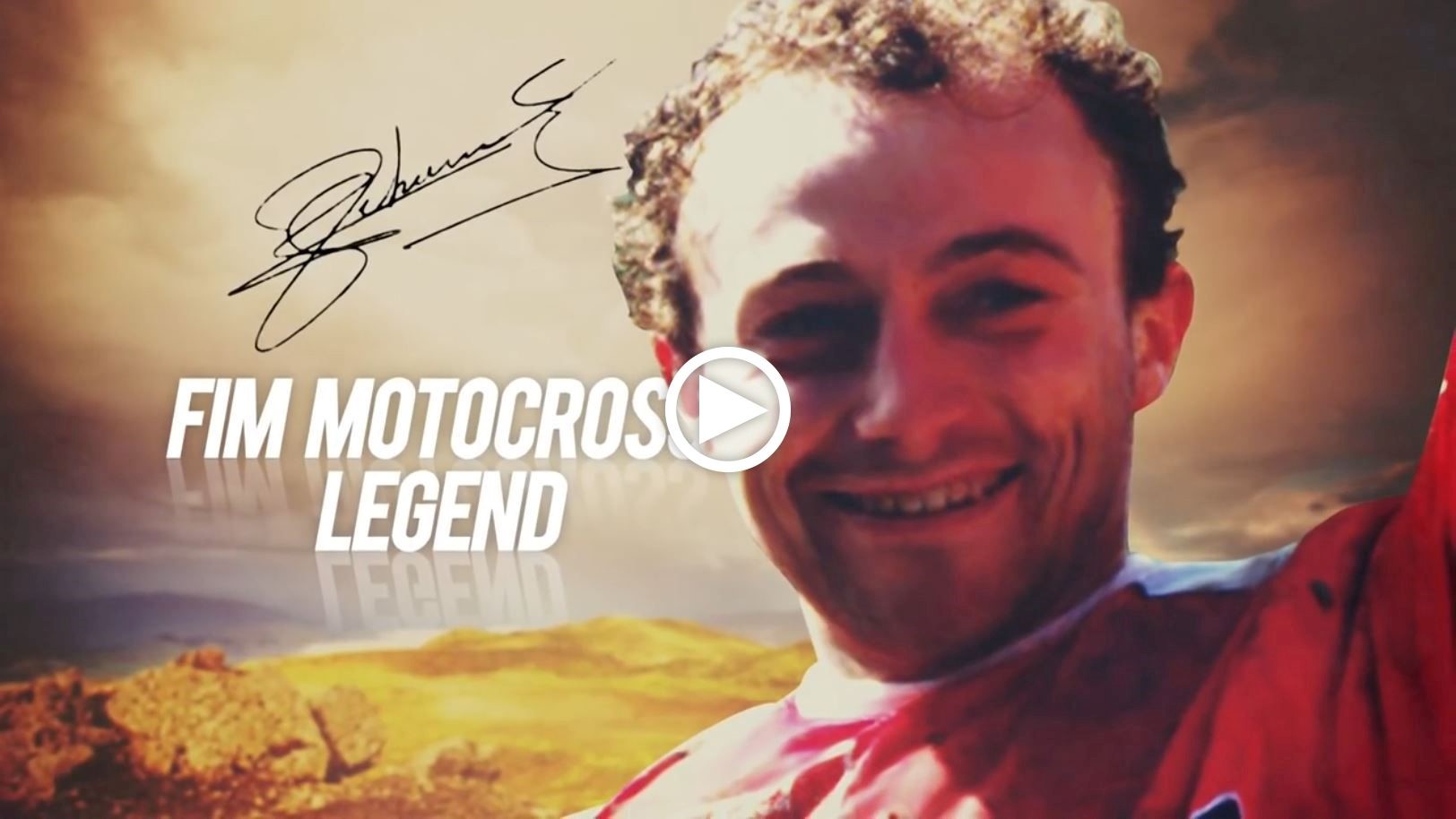 Eric Geboers was one of the many Belgian motocross icons and youngest member of the “Geboers clan” the eldest of whom, Sylvain, was the arch-rival of fellow countryman Joël Robert in the 250cc class, finishing runner up in 1969 and 1970 and third in 1968, 1971 and 1972. Actually, the young Eric started his racing career on the same day Sylvain participated in his last race. It was also the only time that all five brothers raced together at one same event.

Eric’s FIM World Championship career was launched in 1980 by Sylvain, who was the Suzuki factory team manager. He claimed victory in France during his second GP, becoming the youngest winner ever at that time. He finished his rookie year with a bronze medal. In the next three years he would climb the 125cc hierarchy: second in 1981, FIM World Champion in 1982 and 1983.

When Suzuki stopped their motocross activities in 1984, Eric switched from the yellow Suzuki to the red Honda and the 500cc class. It was a time when the class was the pinnacle of motocross racing and united such legendary names as André Malherbe (BEL), Dave Thorpe (GBR), Georges Jobé (BEL), Hakan Carlqvist (SWE) and Kurt Nicoll (GBR). Eric was competitive and going for bronze when a broken leg in the British GP stopped his momentum and he had to settle for fifth. It would be the only time in his 10 year career that he would not be in the top three of an FIM World Championship.

Nicknamed “The Kid” in the Honda Team, he finished third in 1985 and 1986. In 1987, he was sent as the sole Honda factory rider to the 250cc class. It proved to be the right move, with a third FIM World Championship to show for it at the end of the season.

The next year, he moved up again to the 500cc class, claiming his fourth FIM World Title after an intense battle with his team mate Dave Thorpe. This remarkable feat made him the only rider ever to be crowned in all three classes; “The Kid” had now become “Mister 875” (the sum of 125, 250 and 500). It also earned him the highest Belgian sports award; the “Trophée National du Mérite Sportif” which honours the best Belgian sports man of the year.

Dave Thorpe and Eric Geboers continued their battles in 1989. The Brit came out on top and the Belgian had to settle for third. Dave joined the Kawasaki factory team in 1990, whereas Eric remained with Honda. Their fierce rivalry persisted with Eric winning his fifth FIM World Championship at the famous Citadelle circuit of Namur. He immediately flew to Brussels for a live TV interview where he shocked the motocross community by announcing his retirement from competition at the end of the season. He won the US GP, the last event of the series, beating American Honda’s number one Ricky Johnson. Eric always said: “You are only as good as your last race…”

Eric Geboers also won the “Coupe des Nations” (FIM World Championship for national teams in the 125cc class) in 1983 and the world famous “Enduro du Touquet” in 1988, 1989 and 1990. Many years later he made a comeback to Motocross, teaming up with his brother at the helm of the Suzuki Motocross team working with riders Clément Desalle and Kevin Strijbos.

The FIM and the entire motorcycle community extend their deepest condolences to Eric Geboers’ family and friends.